Our main goal is to make desktop manufacturing easier.  CNC, 3D printers and LASER cutters are awesome tools but using them can be both expensive and challenging.  Fortunately, many companies are beginning to produce relatively inexpensive machines but the software and controllers that run them are either very costly and difficult to use or poor quality and lacking features.  We believe desktop manufacturing is for everyone.

Buildbotics LLC is located in Petaluma, CA.  It’s founders Joe and Doug Coffland are related as Nephew and Uncle. They founded the company in 2014 and began work on the Buildbotics CNC controller in 2015. Both have extensive engineering experience. 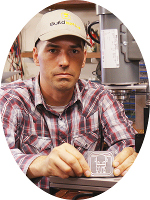 Creator of both CAMotics, a CNC simulation and CAM software, and TPL, a system in Javascript for creating machine tool paths, Joe Coffland earned a bachelor’s degree in Computer Science from Boise State University in 2000. In 2002, he founded the software consulting company Cauldron Development LLC through which he has developed embedded systems under contract with companies such as Hewlett Packard, Wabtec and Ugobe. He has extensive experience with simulation systems having developed a hardware/software simulator for the University of Amsterdam, a cell simulator for the University of Notre Dame, the Open-Source CNC simulator CAMotics and acting as the lead developer for the Folding@home project for more than ten years. 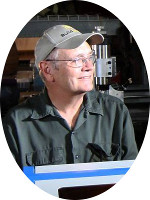