Hello, I’m an Open-Source software and hardware developer and I want to help you build CNCs with the Buildbotics Controller. Building CNCs is now easier than ever but it didn’t used to be that way. Before discussing our product, I want talk about the history of these machines and how the term CNC came about.

The CNC was invented in the late 1940s by John T. Parsons. He originally called it a Card-a-matic Milling Machine because the computer that controlled it read punch cards.  Apparently not happy with that name, Parsons held a contest to choose a  new one. The winner was given a $50 prize for coming up with Computer Numerical Control.

The full story of the development of the CNC and Parsons’ bitter rivalry with MIT can be found in an interview with Parsons on the Society of Manufacturing Engineers’ Website.

Back then, the world was not yet flooded with smart phones and IoT devices. A computer was a massive thing that took up whole rooms. The term Computer Numerical Control still made sense. It referred to a milling machine that was controlled by a computer rather than by human hand. Today, this term is much more challenging to explain.

Now  that everything seems to be somehow computer numerically controlled, I  dread being asked the question, “what does CNC stand for?” When I tell  the asker they are inevitably disappointed and even more confused. To  make matters worse, CNC no longer only means a CNC mill. Today it may  refer to lathes, water jets, routers, plasma torches, drag knifes, LASERS, EDMs or even 3D printers. Among these subtypes, there is a wide range in size, cost and sophistication. Anything from a 400 ton Herkules lathe to a home built router can be called a CNC. The challenge of explaining what a CNCs is has  gotten more difficult since John Parsons’ time but fortunately building  them has gotten substantially easier.

Since  the 1950s, some key advances in technology have progressively made it  cheaper and easier to build CNCs. In 1961, Snowden and Madsen of  Superior Electric Co. published a paper describing both hybrid and  bipolar stepper motors which have now become the most popular motors for driving small CNCs.  Throughout the 70s, 80s and 90s, computing systems became drastically  smaller and faster and with the advent of online shopping, linear motion  components are now easy to source.

Around the mid 2000s, a proliferation of new and inexpensive devices for controlling CNCs greatly expanded the ease with which  DIYers could build machines in the garage. Although great strides had  been made, these early consumer devices still required a lot of hand wiring and custom built enclosures to protect exposed electronics. They did not include protection circuitry and so were often destroyed by voltage spikes, short-circuits or insufficient cooling.

The Buildbotics Open-Source CNC controller is the next big step in history for the DIY CNC builder. It comes in a  rugged, fan-less, anodized aluminum enclosure and has sophisticated  protection circuitry that was carefully designed for low heat  dissipation. It also comes with custom cables which make it a breeze to connect stepper motors, high-speed spindles,  limit switches, USB devices and much more. Although you may have a hard  time explaining to your friends just what CNC means, building one is  easier than ever. 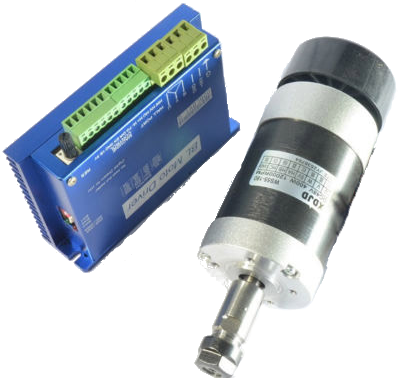 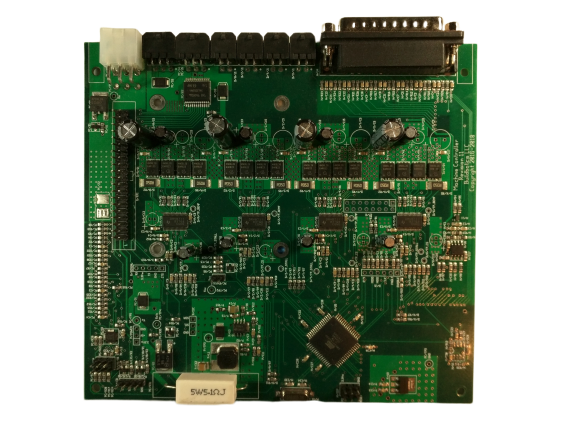 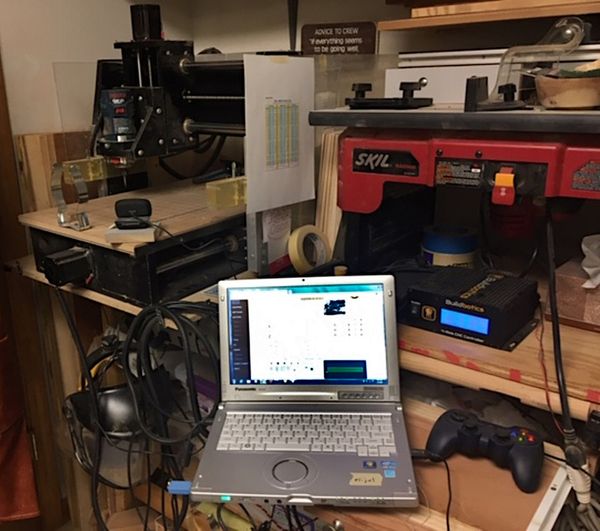